Sunlight streams through the windows into a cosy kitchen, where we sit at a long wooden table. Thunberg, who became a vegan last year, eyes the rice on her plate, which is topped with a dollop of red curry containing peas and sweet potatoes. I dig into my own mystery bowl, which is topped with fresh spinach, beets and shredded carrots, wondering what lies underneath.

As Thunberg nibbles in silence, I ask how the school strike really began.

She traces the starting point to winning a writing contest in a Swedish newspaper last year, for an essay about why we should act now on climate change. Some environmentalists contacted her, and she joined a group that would discuss protest ideas, such as a school strike in playgrounds or classrooms. 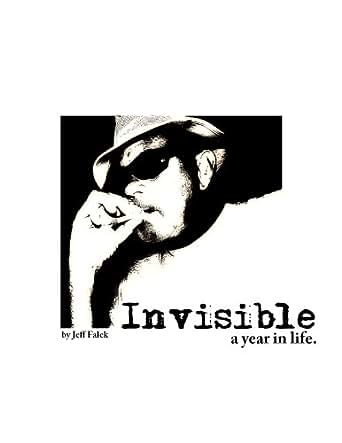 Thunberg wanted to strike from school altogether. So then I decided I was going to do it alone. And even if no one was joining me, I was going to do it. But the seeds of the protest were planted earlier still, when her teachers showed environmental films at school, about ocean plastic or the plight of polar bears. She spears small amounts of rice with her fork. That would be our first priority. She says her despair at the state of the planet contributed to the deep depression she experienced when she was I became depressed, I stopped eating, and I stopped talking, and I stopped going to school.

Realising that she could do something about climate change was part of what helped her recover, she explains. As we talk I realise that, the harder the question, the more she seems to open up.

She is not one for chit-chat. But since I was different, I see the world from a different perspective, I see things very black and white. The world she sees is a dark one, and she wants other people to feel the same way. But, no — we have to tell it like it is. Because if there are no positive things to tell, then what should we do, should we spread false hope? For her that includes lambasting her audiences — such as when she told the UN climate conference that everything they had done for the past three decades had been a failure.

She told Davos grandees they were to blame for emissions. I ask what reaction she faces when she says things such as that. She says her dad often asks her to tone down her speeches, which she writes herself.

As we near the end of the meal, it becomes clear the gloomy images in her speeches are if anything rather gentler than the analogies in her own head. When it comes to the climate science, her arguments are solid. She often cites the recent report from scientists convened by the UN, who found that the world is fewer than 11 years away from irreversible climate change impacts. The world needs to cut carbon dioxide emissions by 50 per cent in that period, she adds, pointing to their findings. But the black-and-white logic she employs can gloss things over.


The policy hurdle no one has really solved is how, exactly, to cut emissions that quickly, and who will pay for it all. I ask why she thinks the world has been so slow to act. If only everybody knew what she knew, she says, then they would do the right thing. When I talk to people, they know the basics, they know the planet is warming because of greenhouse gases.

We are too young to be able to do that. Just a few spoonfuls of rice remain on her plate.

99% Invisible | Listen via Stitcher for Podcasts

Thunberg is considering taking a sabbatical from school next year to focus on climate issues. All my life I have been like the invisible girl at the back that no one sees or listens to. Her phone rings — her father is calling. Perhaps the debate had become so tired and self-referential that an outsider was needed. Her father soon arrives along with their black labrador, Roxy.

Thunberg lights up when she sees the dog — who also solves the problem of what to do with the left-over food. They invite me to come back to the protest at 2pm, when a choir and some grade-school children will be arriving. The next time I see Thunberg she is surrounded by her throng. Some supporters have started a drum circle on the other side of the street.

Students are handing out tulips. A journalist clips a mic to her scarf.

Beyond the Invisible - Standard Life exhibition

Beyond the Invisible - Standard Life exhibition. Thursday, March 21, All news. Donate now Donate today and help us provide information and support to those affected by endometriosis. Surgeons swap their scrubs for cycling gear as they take on mile ride for endometriosis sufferers.