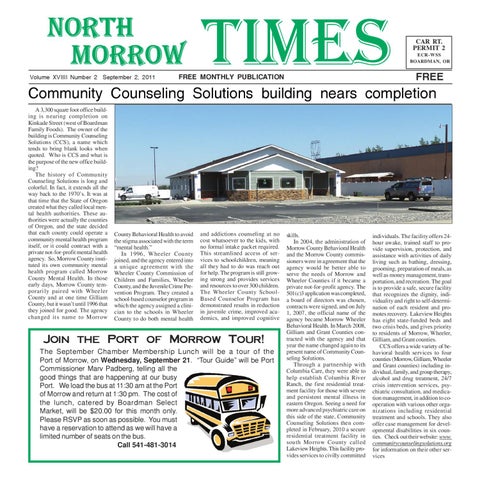 
Linda volunteered to cover the front desk at the office so Dana and Dick could attend the funeral, and she has been with the newspaper ever since.

Dana needed some time off to help her husband grieve and Linda agreed to fill in. After a few weeks, there was a shift in responsibilities. Linda took over production and layout and handled editorial issues and writers as well as doing some of the writing herself.

Rich and Kim had to leave the newspaper because of other obligations, so Dana then concentrated on selling and designing ads. As the paper grew in popularity, the job became too big for Dana to handle alone. Lisa Jensen took over some of the ad design responsibilities and Pam Hufford came on board as a sales person. At the same time, they switched printers to Pioneer Press in Big Rapids. Robin Ward came to work for the newspaper when Dick Boomer owned the paper and she stayed on working for Dana and Linda.

Robin put in many long hours proofing and editing the paper as well as performing layout duties. It was during those years that she developed the Ruffs by Rosco column expressing the world through the eyes of her faithful dog, Rosco. Our many thanks to Robin for her dedication and support of our newspaper. The response has been overwhelming. Several local people wrote weekly or bi-monthly columns, others willingly submitted articles on a regular basis, and others submitted story ideas.

In October , Dana and Linda bought Dick out and took over the newspaper as partners. They continued running the paper until February when Dana bowed out and Linda became sole owner. By this time, Pam Hufford no longer worked for the paper. Two other ad representatives joined the staff — Julie Camp and Kristina Marsh. Lane closures will happen in the area crews are working, and then move to the next work area. On September 25, , the southbound Crowchild to eastbound Glenmore flyover will be closed from 10 p.


Vehicle traffic will continue on southbound Crowchild Trail S. The U-turn detour will be signed, and a flagger will be present to direct traffic onto the northbound Crowchild Trail exit ramp for access onto eastbound Glenmore Trail S. Click here to see the detour. Truck and bus traffic will be detoured onto westbound Glenmore Trail and use the 37 Street S. Click here to see the bus and truck detour. Please be aware of the changes on September 24 underway at the roundabout at the top of Lakeview Drive.

On the evenings of September , there will rotating lane closures along eastbound Glenmore Trail between Crowchild Trail and 14 Street S.

We anticipate work at this intersection will be complete in approximately a month. The noise wall extension and final asphalt lift on the transit lane at Crowchild Trail and Glenmore Trail will be completed later this year. Impact: Partial lane closure, which will shorten the length of the exit ramp. Reason: Paving new ramp to eastbound Glenmore Trail.

On the evenings of July 20 — 22, the southbound Crowchild to eastbound Glenmore flyover will be closed between 11p. Impact: Temporary closure in the right southbound merge lane for approximately metres.

Implementation date: Wednesday, July 4, The City has hired concrete demolition to break apart certain slopes and curbs. Then the City will rebuild and repave all of the uneven and pot-holed sections of our roads.

Get Involved. October 27, October Upcoming Public Events The dates of two public events on the proposed Official Plan policies have been announced. May 15, May Community Update On the evening of May 15, the Inspiration Lakeview Team hosted a community update to share a draft Inspiration Lakeview master Plan, revised with comments from the public meeting in March